Hit enter to search or ESC to close
News

It is with immense sadness that I write to bid farewell to Tom McLaughlin – advisor, mentor, compatriot, co-creator on the Routes to Resilience programme and co-conspirator in delivering its first iteration at Cedar House School. Above all, Tom has been a friend and someone who has been a soft, warm and enduring presence in my life for more than two decades. Tom passed away, with no warning, last Tuesday. I had spoken to him only a week before and the suddenness of his departure has me feeling bereft.

I first met Tom when re-articulating my purpose and re-orienting my life and work in the social development sector way back in 1997. Tom was then on the board of the Orion Organisation and was catalytic in how Woolworths was able to assist Orion’s protective workshop with the Hangarman project (recycling hangars) and various other initiatives that made a huge difference in the life of the beneficiaries of Orion in Atlantis.

I worked with Tom on the establishment of the Woolworths Trust, which he championed throughout Woolworths, and on the identification of its beneficiaries, including the first alignment of Woolworths and Food and Trees for Africa’s Eduplant programme.  Over the years Tom and I met regularly – mostly at the Woolworths Café at Constantia Village which was close to home for both of us. Having time to talk – and mostly to listen with great interest and curiosity at the depth of his knowledge and insight into issues of sustainability – was a gift that I have and will always cherish.

More recently, Tom has been an active guide and participant in my efforts to create the Routes to Resilience programmes and bring sustainability principles into education at an earlier stage in the lives of youth. Since 2012 when I attended a Cambridge Institute of Sustainability Leadership BSP Seminar (where Tom also presented insights from the work Woolworths was doing on the Good Business and Good Food Journey), he has counselled and supported my learning journey, helping me complete my own Masters in Climate and Development with a focus on environmental citizenship and sustainable consumption based on the insights provided by Woolworths customers.  He delivered powerful workshop sessions with participants in this research and subsequently engaged in developing a first curriculum, along with Elspeth Donovan from CISL SA, which became our first transdisciplinary curriculum delivered to Cedar House Grade 9 students in 2017. 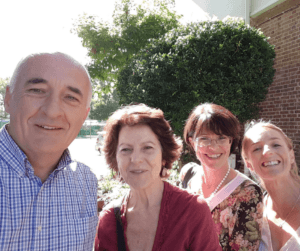 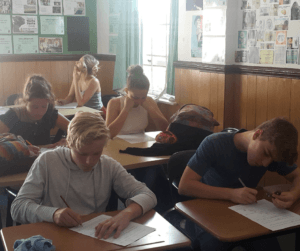 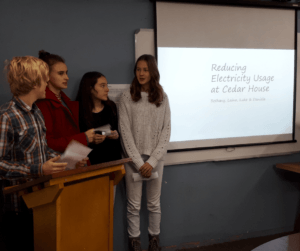 Tom moved to the UK a year later and he has remained a co-conspirator in plans to deliver similar opportunities to youth.  He was terrifically happy at the move – at the chance to be closer to his children and grandchildren and at the opportunity to continue with his life’s work of encouraging greater thoughtfulness and sustainability in behaviour.

I am so very sad to hear of this loss – a loss that will be felt by so many people but most acutely by his family.  We wish them all well and say to Tom, farewell, Godspeed and thank you.